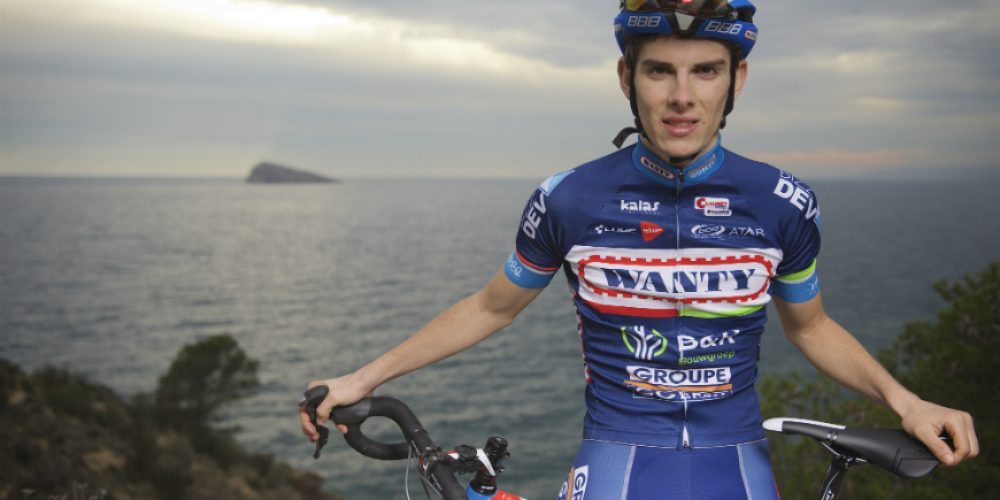 Guillaume Martin joined Wanty-Groupe Gobert in 2016. The young French neo-pro got to ride no less than four WorldTour-racesin his first season including the Spring Classics and the Critérium du Dauphiné. He got good results with a second place in the GC of the Tour of Austria and a fourth place in the Tour de l’Ain. Straight from the start of the season he underwent a knee surgery and started his season in the Circuit de la Sarthe -Pays de Loire.

“I missed the first part of the season. I had only trained a month when I rode my first race. This is not ideal for a neo-pro to start the season this way. Luckily I could rely on the support of my teammates and the staff. Given the circumstances I’m happy with my first season as a pro.”

In May the former winner of Liège-Bastogne-Liège U23 felt beter. “I think my season really started in the Rhône-Alpes Isère Tour. The Critérium du Dauphiné was a success. I continued my momentum in the Tour of Austria and the Tour de l’Ain.”

The French rider obviously learned a lot in his first professional season and is already looking forward to the next season. “I see my first season as the foundation for next year. Everything is optimized for the performance. Next year I hope to ride a full season without injury. I want to be good in the Ardennes Classics and I dream, like the entire team, of participating in a Grand Tour”, he concluded.