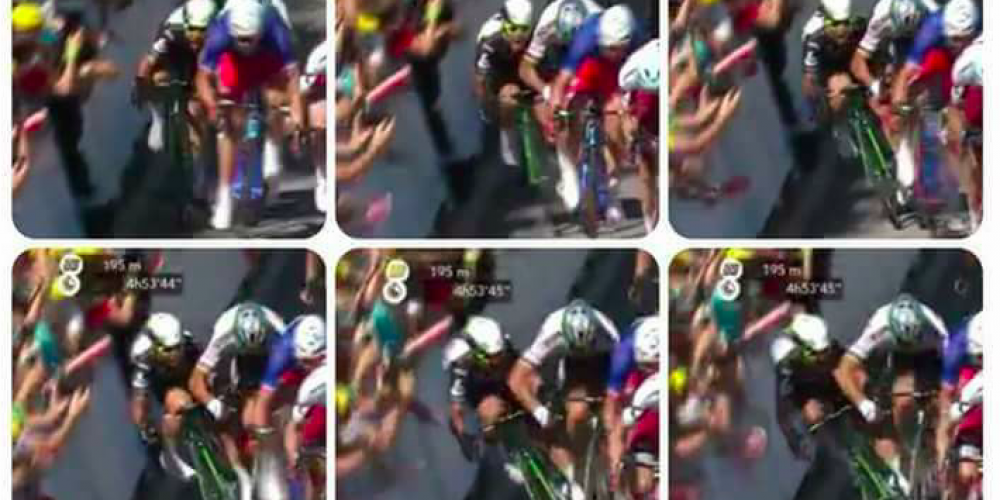 VITTEL: the arrival in France is a real storm. With Sagan out, disqualified, Cavendish out, is time for Arnoud Demare, the champion of France, to win with arms raised. To be honest, he does not dispute an immaculate sprint, with an important change of direction that only his French passport condoned him.

It’s a nice runner Demare, it’s a pity that every time he wins, he is dragging a polemic. This was likewise at Milan’s Sanremo last year when he was accused of having come back from a fall due to a car ride.

Today’s real news remains the exaggerated expulsion of Peter Sagan. The accusation is that he had caused the fall of Cavendish when the Englishman was already falling by his own. The two have already spoken and clarified. The judges, on the other hand, wanted to tell their opinion and dejected the Slovak, causing the Tour, the show, and Bora and Hansgrohe huge damages. Champions like Sagan are a heritage of sport.

By the way, the yellow jersey, Gerrain Thomas, also falls, but it is saved, and for today it can sleep quietly.

What we will see tomorrow? Here it is!

Finally there will be opportunities for the big names of the race with the first  mountain arrival: the Planche is a short but hard climb (5.9 km), with 8.5% of average slope and peaks around 20%.

Discover all the paths on the road through our Streetview feature, and download our app.