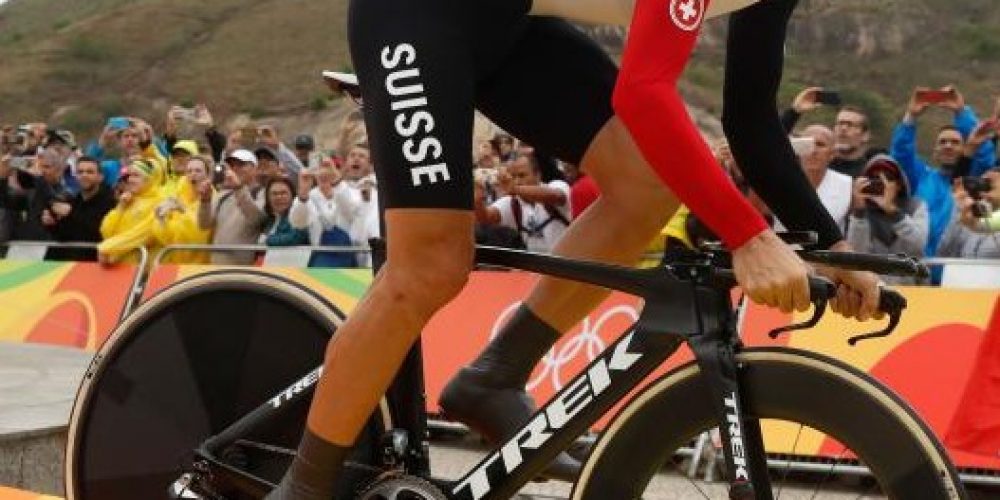 Switzerland’s Fabian Cancellara, nicknamed “Spartacus,” won the men’s individual time trial for the second time beating out two heavy favorites. Dutch cyclist Tom Dumoulin took home the silver, his first Olympic medal at his first Games. Great Britain’s Chris Froome was looking to follow up his Tour de France win with a gold, but had to settle for the bronze.

Cancellara won gold in Beijing, but crashed at the London Games dashing his medal chances. The 35-year old Cancellara was overheard saying “today was my last one” after the race was over

Dumoulin fractured his wrist at the Tour de France and pulled out of the road race early, but still was considered a heavy favorite going into the time trials.

Froome, for the second Games in a row, finished with third missing his shot at owning a gold and a Tour victory in the same year.

Australian Rohan Dennis was cycling extremely fast and had the lead for a time, but a mechanical issue forced him to make a bike change and he was unable to make up the deficit.

The wet course the women had to endure dried up a bit for the men’s time trial and was not much of a factor for those who started in the second wave.

Brent Bookwalter who started early, however, took a spill in the first couple hundred meters of his run and finished 23nd. His American teammate Taylor Phinney didn’t fare much better. After finishing 4th in London, Phinney ended 22nd in Rio.